Measure Where All Your Power Is Being Used, Part 2

Using Your Smart Meter and Circuit Breaker to Measure Everything Else

The Conserve works great to measure everything that can be plugged into a standard outlet, and as we mentioned above, that’s more things than you might think. However, at our house, we discovered that even if we were to unplug every possible device and turn off all the lights, we were still using about 29 watts of power 24/7. How on earth were we still using 29 watts?

We went around our house attempting to discover things that were using power but were not plugged into an outlet. A few candidates came to mind immediately. For example, our home has a street number that is lighted 24/7, and we also suspected that our furnace might be drawing significant standby power. However, it turned out that there was a lot more going on than just these two devices. 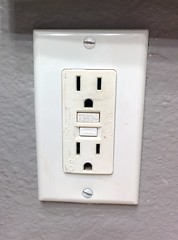 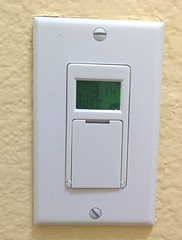 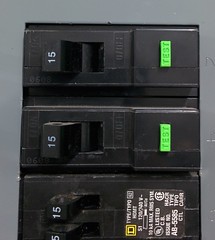 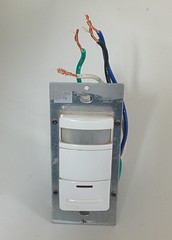 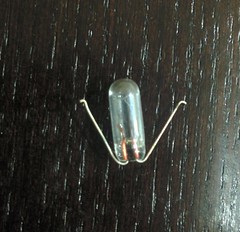 In order to discover where the 29 mystery watts were being used, we took the following approach. We discovered that our utility-installed power meter reports the current usage in our home, in real time, to the nearest watt. Thus we didn’t need to use or install any third-party device to get this information. This allowed us to turn on and off power to certain rooms, or to different circuits on our circuit breaker and see what difference that made to our power usage as reported in real time by the smart power meter. (To avoid a lot of running back and forth, make this a two-person job.)

We found that the best way to measure power was to measure differences in the meter readings. To this end, we prepared a control room in our house, corresponding to a single circuit breaker that used a very constant 20 watts of power from which we can measure the power difference of turning on additional breakers. We determined the control room usage by taking measurements with the Conserve and confirming these measurements with an initial power meter reading. We would then turn off all the breakers except the one dedicated to the control room and the breakers that controlled the rooms/circuits containing the devices whose power we wanted to measure by reading the meter. In this way, we were able to isolate and measure the power usage on all the different circuits in our house to within +/- 0.5 watts. For example, in our home the furnace is controlled by its own breaker, so we were able to determine that its 24/7 standby power use was 8 +/- 0.5 watts. Similarly, all of the smoke detectors in our home are isolated on a single breaker, and we were able to determine that their standby power use was about 2.75 watts.

We ended up discovering a list of other devices (some completely unexpected) that were using power. In some cases, the same device (like a ground fault interrupter outlet) appears on multiple circuits, and, in some cases, a single breaker controls several nonpluggable devices—for example a GFI outlet and a timer switch. You can solve for unknowns x, y, z by setting up multiple equations (one for each breaker), in order to determine how much power each of the devices uses. That’s how we ultimately discovered the origin of the missing 29 watts (see Table 2).

For the really obsessed, for whom +/- 0.5 watts is too imprecise, there are a couple ways you can improve the measurement.

In order to get the precision shown for a few of the devices listed in the Table 2, we ended up disconnecting them and custom-wiring them in a way such that we could measure the power usage directly. We were particularly impressed by how little power our motion-sensing switches (common in bathrooms) use. In general, we would not recommend doing custom wiring unless you are really obsessed and know exactly what you are doing (that is, unless you are an electrician). So don’t try this at home.

(Previously in Part 1: Measure Where All Your Power Is Being Used, Part 1; Next up in Part 3: How We Minimized Standby Usage.)