A version of this article appears in the November/December 2015 issue of Home Energy Magazine.
SHARE
Click here to read more articles about Single Family

Our house was built in 1951, but Michele and I have been living there since 2007. I’ve met the two previous owners. One was careful about keeping the house comfortable and efficient—the other not so much. Our first water bill after moving in reported that we were using 1,500 gallons of water a day. That explained the jungle greenery in the back, and the wet spot in the front yard. So our first big upgrade was fixing the leak between the water main under the street and the house.

I was interested in efficiency, of course, and wondered if we could do something to make the house more comfortable after our first hot summer. We had our house tested, discovered that the eight can lights were making the attic space part of the house we lived in, and had them sealed. The contractor gave us a good deal on cellulose insulation, so we added several inches of it over some existing, but spotty, fiberglass batts.

Several years later, in 2014, partly to take advantage of some great incentives offered though the Energy Upgrade California program (EUC), we had our house tested again. We discovered that the exterior walls on the north side of the house were insulated with cellulose, but the other exterior walls were not insulated at all (see, “Help Us Over the Hump” HE Nov/Dec ’14, p. 48). 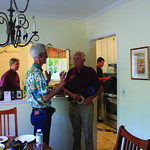 Table 1. Energy Use for Heating and Electricity for One Year Before the Retrofit 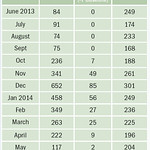 Table 2. Energy Use for Heating and Electricity for One Year After the Retrofit 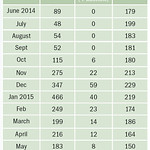 Working with Stewart Heating and Air and McHale's Environmental Insulation, we insulated the rest of the exterior walls with blown-in cellulose, and did some air sealing and duct sealing. To help keep the house cooler during our hot summer days, we installed screens on the outside of two west-facing windows. We also got rid of our cable TV and the energy-sucking cable box, and we replaced several CFL bulbs with superefficient LEDs—all of which reduced our electric bill.

I asked Scott Mellberg, our adviser from the EUC, to look over my data, and he did another calculation comparing the heating energy use of January 2014 to postretrofit January 2015, two months with almost the same number of HDD. That calculation shows a 30% savings.

Swelling with house pride, I decided to apply to the Thousand Home Challenge (THC), hoping to get an honorable mention for cutting total energy use by 50% from June 2014 onward. I contacted an HVAC contractor recommended by the THC and began to discuss replacing our 20-plus-year-old, 60%-or-so-efficient furnace with a heat pump. And having some A/C for the hottest days wouldn’t hurt, either. We haven’t yet made up our minds, but here are some choices: mini-split with a couple of “wall warts”; combined heat and hot water, no A/C; ducted mini-split in the attic; ducted mini-split in the crawl space.

Choices, choices, choices—when it comes to home performance, there will always be choices to make, because of gravity and the second law of thermodynamics, which states, informally, that things tend to fall apart.