A version of this article appears in the Fall 2018 issue of Home Energy Magazine.
SHARE
Click here to read more articles about Energy Efficiency Programs

Buzzlets from ACEEE Summer Study 2018. Here are a few of the many highlights from this year’s conference, a biannual meeting of some of the best minds in building science presenting the latest research results to their peers. The conference takes place at the Asilomar Convention Grounds in Pacific Grove, California. A great spot to work and play.

Another Stake into Vampire Energy

Standby power consumption in appliances—sometimes called “vampire energy” around Halloween—has been greatly reduced over the past decade. But the number of appliances with standby modes has exploded thanks to the Internet of Things. The problem hasn’t really gone away—it’s just changed. 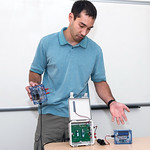 Notable Quote "These solutions will make the next generation of kids think about standby power the same way the current generation thinks of rotary phones.”

Daniel Gerber presented several new technologies to completely eliminate standby consumption in certain devices. One clever approach “harvests” the power in the infrared beam in a remote control to switch on an appliance. Sadly, that solution only works when the remote control is within 3 feet from the Blu-Ray Player. But “wake-up radios” and low-power laser pointers have better prospects, and Gerber successfully demonstrated both prototypes to an (initially) skeptical audience.

None of these solutions are cost-effective today but they nevertheless will soon begin appearing in niche applications. And you might still need a couple of AA batteries in the remote. Overall, the wide diversity of electronics mandates current research to develop a “portfolio” of zero-standby solutions usable by industry.

Gerber also described the growing category of mobile appliances that operate most of the time unplugged. These include Roombas, electric scooters, irons, and portable oxygen machines. The re-chargeable life is fast surrounding us.

Growing Our Information About Pot Growers

Notable Quote “After posting ads for the California portion of our study, we received a message from Facebook noting that our ‘ad cannot promote illegal activity, products or services’ and that it would not post our ads.”

Title “Out of the Weeds: Lessons Learned from Using Social Media to Reach Cannabis Growers,” by Martha Wudka and Joe Clark, Evergreen Economics

As cannabis legalization goes into effect in more states, utilities are considering energy demand impacts and how they can attempt to manage growers’ energy use. Traditionally, growers and utility staff have been hesitant to talk to each other given the differences in state and federal cannabis regulations. However, as utilities realize they are facing significantly higher localized demand from energy-intensive indoor cannabis grow operations, they are seeking to engage with growers.

Our paper presents the results of a successful approach for conducting outreach to cannabis growers, a historically hard-to-reach group. We feature lessons learned from utilizing Instagram and Facebook to solicit participation in an anonymous web survey that allowed us to learn more about indoor cannabis growers. Overall, 146 cannabis home growers participated in the survey; about 50% of these survey participants were recruited through Facebook and Instagram.

Answers to the survey questions provided detailed information on the types of lighting used by home growers and their level of interest in improving the energy efficiency of their grow operations. We share what type of targeting was utilized, the results from our test of two different ad types, and what we learned about Facebook’s approach to distributing ads to unique demographics.

Zeroing in on Zero 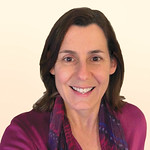 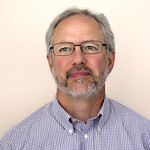 Notable Quote “For energy-conscious home builders, the target to strive for is zero—a zero energy home that uses no more energy in a year than it produces.”

In recent years, interest in zero energy construction has surged. The Net-Zero Energy Coalition (2018) reports that 13,906 new zero energy single- and multi-family homes were built in the United States and Canada in 2017, a 70% increase over 2016. Yet, this doesn’t quite reflect a groundswell of change in U.S. building practices; the Coalition’s numbers represent only 0.6% of homes built in the U.S. in 2016.

Many builders have the impression that building a net zero energy home is far beyond their reach, requiring too much money or too many complicated technologies. However, a review of award-winning builders in DOE’s Zero Energy Ready Home (ZERH) Program found that getting to zero isn’t rocket science, just good building science.

The authors looked at several efficiency measures and did comparisons of the wall type and HVAC choices of ZERH certified homes participating in DOE’s Housing Innovation Awards to homes from a 2016 Home Innovation Research Labs’ survey of U.S. home builders. While both groups of builders used predominantly site-built light-frame construction, it represented a greater percent of the homes for the general population of 2016 builders (81%) than for ZERH builders (about 60%) and ZERH builders were twice as likely to use 2 x 6 as 2 x 4 construction (usually along with other lumber-saving advanced framing techniques) while the other builders were more likely to use 2 x 4 than 2 x 6. ZERH builders were much more likely to use structural insulated panels and insulated concrete forms, two building techniques that have been around for decades but have been slow to catch on in the general population of builders.

In HVAC, central forced air was the most popular heating system for both groups, but for the general population of 2016 homes it dominated at 92%, while only 58% of ZERH chose central forced air. ZERH builders were far more likely to try minisplit ductless or ducted heat pumps, combi heat and hot water systems, or radiant floor heat using a variety of heating sources including air-to-water heat pumps, ground-source heat pumps, combi-boilers, and solar. These builders have also come up with more than their share of job-site innovations to get that extra “nth” of performance from these already exceptional homes.

Notable Quote “Energy Star could pave the way for Cool Biz in America by making a model dress code.” 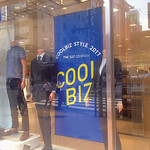 The Japanese government wanted to reduce summer air conditioning energy use quickly. So they raised the office temperatures in government buildings to a toasty 28°C. But that’s not the end of the story: the government also changed the dress code, strongly encouraging their civil servants to ditch the coat and tie for polo shirts and light trousers. Women were similarly nudged to forego the sweater and dress lightly.

They gave it a catchy, quasi-English name, “Cool Biz.” The net effect, they hoped, would be the same level of thermal comfort and lower air conditioning bills.

The prime minister led the charge, modeling—and wearing every day—the new “Cool Biz” styles. Cool Biz spread to the private sector, too. Now most office workers switch to cool biz in June and return to the suit in October.

The adoption of Cool Biz is one of the most rapid transformation of fashions and dress codes outside of wartime and perhaps the first designed to save energy. 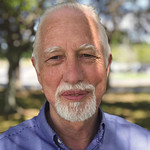 Notable Quote “Marrying PV with heat pump water heating and smart controls may be a key technology for eliminating gas boilers and water heaters around the world.”

Reducing energy use for heating hot water remains a major challenge around the world.

The system promises to cost less than half that of solar thermal systems, with greater reliability, no freeze protection and potentially superior performance in cloudy locations.

Moreover, no net metering is needed for the PV which with two modules would make for a simple installation.

Bigger, Better, and More Efficient Windows for All 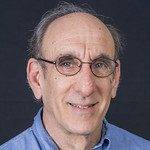 Notable Quote “Our approach is to attack the problem from two sides: to develop both ‘market pull’ and ‘technology push’ forces.”

About $20 billion worth of energy leaks out of windows in the United States each winter—and that’s with double-paned insulating windows installed on a majority of buildings. The Department of Energy’s Lawrence Berkeley National Laboratory (Berkeley Lab) is now working with manufacturers to bring to market a “super window” that is at least twice as insulating as 99 percent of the windows for sale today and will be ready to achieve mass-market adoption.

The “thin triple” super window design doubles the thermal performance of current Energy Star-rated double-glazed, low-e windows and is seven times more insulating than a single-glazed window. Berkeley Lab scientists have built and tested prototypes in the lab and are now working with Andersen Corporation, the largest window and door manufacturer in the country, and separately with Alpen High Performance Products, which specializes in energy-efficient doors and windows. Both efforts are looking to build and test enhanced prototypes to assess feasibility for large-scale manufacture.

Let’s assume that this project helps make R5 and better insulating windows routinely available at affordable prices. What are the advantages?

We need more “market pull” to convince window manufacturers to adopt these technologies—you can help by pushing the window suppliers to provide better performing products.