The President and CEO Of Trutech Tools Talks About Activism, Aspirations, and an Engineer's Approach to Podcasting

A version of this article appears in the Winter 2018 issue of Home Energy Magazine.
SHARE
Click here to read more articles about Trends

On a crisp day in October, Bill Spohn and I met for an interview. He took me to visit the land where he and his wife Marilyn are building a high-performance home. If you look at a road map of Pennsylvania, it is like crazed pottery. Roads crisscross and zigzag in a tight network, created by the landscape of eroded mountains and valleys. Our inspiring conversation took as many winding turns as the roads here do.

Bill Spohn (BS):I grew up in Rome, New York. My parents were blue collar. My dad was a letter carrier, and my mom was a secretary in a hospital. One of the historical features about Rome was they put in what was called the Barge Canal. They would bring in minerals from different parts of the country. They did aluminum and copper manufacturing. The Revere Cookware company there was actually what drew my maternal grandfather to the area. He came to western New York as an immigrant from Sicily to work as a laborer picking grapes and fruit, but he quickly became aware of the coal mines of Pennsylvania, as he had worked in the sulfur mines in Sicily so he moved to the Scranton area. After a natural-gas explosion blew up a house on the street where they lived, he decided to get the heck out of Dodge, and he heard about Tea Kettle City (Revere’s prime product at the time) in Rome, so he moved his family in 1917. 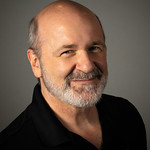 Leslie Jackson (LJ): Did you get into engineering because of the entrepreneurialism and industrialism in your grandpa?

BS: I’m starting to put together the picture I’m getting a picture of who he was through the recollection of stories from my late mom, and my genealogical research, but I never knew him as a kid. I was good at physics and math. In high school, I worked at a library, as a page. On my breaks, I would grab a bottle of Orange Crush from the soda machine, grab a few issues of Popular Science and Whole Earth Review magazines, and leaf through them. That’s where I feel like I come around to the podcasting thing.

I wanted to be an editor of Popular Science. I wanted to be able to take technical stuff and relate that to the public, and I’m continuing to circle around that nucleation point. 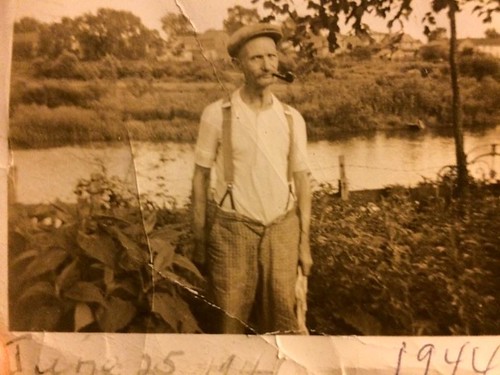 LJ: When did concern for the environment come into the picture for you?

BS: Having been raised by Depression-era parents, I think it just doesn’t’t make sense to waste. I picked mechanical engineering because I read in one of those career self-help books, “If you’re good at this, and you’re good at that, then you should do so-and-so.” So that's what I did. Coming out of college, I had taken mechanical engineering courses, courses about energy conversion, energy systems, and I left there in 1981, thinking, I’m going to end up in the energy field. I think I even wrote, “I’m looking for a job in the energy field” in my first resume, not knowing what that meant. There was a resonance, and when I first heard of ACI in 1988–89, I realized, That’s striking the chord. This is it. This is the point of resonance for me.

LJ: Did you assume this would be your trajectory? That you would run your own company?

BS: Yes. From an early age, I wanted to. When I was at Testo, a guy named Jim Bergmann worked with me. He was a vocational tech teacher of HVAC at the high school level. He came to a show where we were demonstrating Testo products, and his students had always bugged him, saying, “Mr. Bergmann, Mr. Bergmann, you show us stuff on the board, and you take us out into the lab, and it never quite works right. What’s wrong?” He found some better measuring tools from Testo, and he went back and went, “WHOA! I can actually prove what’s on the board in the lab.” That transformed his life. Bergmann started bugging Testo, “I need to learn more about this.” And they just said to me, “Bill, he’s yours.” So, I answered his questions, and he eventually became an employee for Testo, as a technical consultant for HVAC. He helped shape a lot of products. Jim went on a trip with his dad to Germany, to Testo, and a couple of managers there suggested his dad start a “hobby" of selling Testo equipment on the Internet. Within four or five months, he had started TruTech Tools.

The Bergmanns involved me in their business because of my networking. I knew the environment that they should work in. And in the second year, when the sales went from $70k to $750k, Jim and I bought his dad out. So that’s how I got involved in TruTech Tools in 2009. 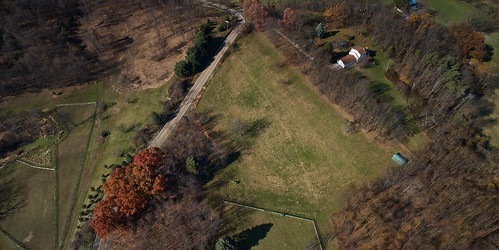 LJ: There is no manual for that kind of thing, is there? We have to carve our own ways.

BS: Absolutely. And I think you have to be receptive and realistic. And so my wife, Marilyn, and I had to ask ourselves, “How would we manage with six kids and everything else we’ve got going on?” We bet on ourselves. We’ve managed to grow it at a rate such that we don’t get beyond our means. And again, I trace that back to Depression-era parents.

LJ: Tell me more about your podcast.

BS: I got into it in 2017, when a semipro podcaster, Bryan Orr, approached me. He asked if I would do one on the intersection of HVAC and building science. He coached me with videos and resources. He recommended a microphone, which is ridiculously inexpensive. The Audio Technica ATR 2100. You can get it for about $70. It’s a USB microphone, but you can also use its XLR inputs. I have a corner alcove in the basement, and one of those expanding decorative screens. I stapled mattress topper to it, and I put it around me, and a pillow up against the wall in front of me, just for more sound deadening. And I podcast from there.

Bryan subscribes to something called Zencastr, which allows you to do remote interviews with people. You send them a link, and the nifty part about Zencastr is you're both speaking over Voice over IP (VOIP) simultaneously, and it’s recording an mp3 file in the cloud. It’s also recording a file on both of your local hard drives. So, at the end of the conversation, you upload the file, and nine times out of ten, you get a great .wav file. Bryan smashes the two tracks together in production, and it comes out really great audio. I’ve developed a process because of my engineering background. I run a list of topics and questions past the guests. And I tell them to come prepared with stories, because that’s what people are interested in hearing. They don’t want to hear the reiterated facts; they want to hear stories. I have a little scheduling app that I use called Calendly. I throw a link out to the guest, and I say, "Go pick a time on my calendar." It also asks a series of questions, like "Do you have a good mic?” If not, I tell them to go get one, such as a Logitech or Microsoft for about $39. I ask, "What's your topic sentence?" Most people are compliant. 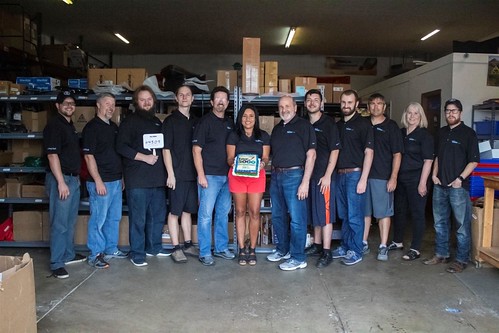 LJ: How long does it take from your date with the speaker to broadcast?

LJ: Everybody just falls into a script and that makes room for the stories to flow. Because you’ve got an efficient routine for the tedious logistics.

BS: The podcast is in a network called Blue Collar Roots Network Radio. We’re looking for tradespeople to inform and illuminate on different topics. One of the guys, Tersh Blissett. does one called Service Business Mastery, for contractors, about running a service-oriented business.

LJ: These guys and gals are listening to the podcast in their trucks, driving between clients.

BS: Absolutely. Windshield time. You get inside their head, literally. I call it Ear Share.

LJ: I have a feeling we could talk all day about people who inspire us! Let’s have a short list of things Home Energy readers should go check out.

BS: Robert Bean’s podcast, The Edifice Complex." He says—I may be paraphrasing, putting words in his mouth—You don’t focus on building great buildings; you focus on building great spaces for people, and in the end, you have a great building. Nate Adams and Ted Kidd are reengineering the way to sell home performance services to individual homeowners. They call it "Home Performance 2.0." Presently it’s an invitation only, private Facebook group as they hone their processes. They want to reboot the whole concept. Blake Reid’s website, Terrawatt Home (get it?) His life goal is to save a terawatt of energy. And then there are the Lunsfords—Corbett and Grace. A tiny house on wheels road show. I think of them as the bravest people I know. Check out Home Diagnosis.tv., coming in January 2019 to PBS and HomeChem, which they filmed. 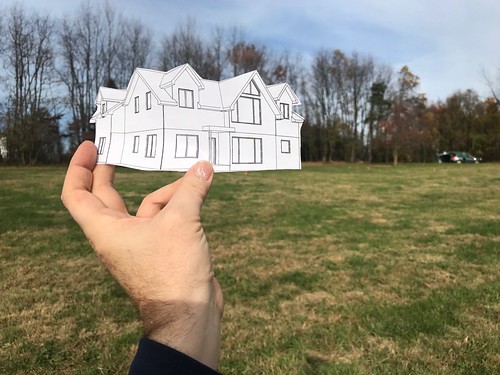 LJ: I'm inspired by a story you told earlier about your neighbor’s neighborhood-scale activism. How she started a nonprofit to preserve the agricultural status of her neighborhood, and how that kicked off for you a "town hall meeting" event where people could learn about saving energy, in a casual environment.

BS: We’ll run an event on Oct 30, where we will take a real light touch just to talk to people, show them things they may not know. We’ll have half an hour or 45 minutes of speakers, but they’re going to just touch on the topic, be neutral, not representing a brand—but we will have people representing the companies in the hall.

LJ: It seems like if you had a soapbox issue, it would be Come down from there! Come down to the human scale, demonstrate at the grassroots level, by helping people be comfortable in their homes. The lofty goal of Saving the Planet happens more on the neighborhood scale for you?

BS: I’ve seen the resonance and the impact of doing things at the grassroots level. The best place for my time is to take action with people who love the concept, and also to sneak people into looking at it. "You’re uncomfortable in your home. There are things you can do. And those are things, by the way, that make the home healthier. And you know what? You’ll save energy, but don’t even think about that."

Even if you feel like it’s a losing battle.