Editorial: The House of Mystery

A version of this article appears in the May/June 2014 issue of Home Energy Magazine.
SHARE
Click here to read more articles about Codes and Standards

Sometimes we forget how complicated a house is. Building scientists know all about a house’s complexity because, even with help from supercomputers, they still can’t reliably simulate many of the processes taking place, let alone model the whole house. Perhaps the biggest challenge is that the darn thing can’t keep still. Cycles with different periods impose their wills on the structure and equipment in not entirely predictable ways. The seasons impose annual cycles for the sun and average temperatures. Every day, that pesky sun—if it comes out at all—seems to exhibit radical changes in location and behavior. It’s tempered with clouds, rain, snow, and hail. Winds shift by the second, both in intensity and direction. Meanwhile, underground, the water table and moisture exerts its own will on the foundation and even the shape of the house.

The poor building envelope gets assaulted from the inside, too. Half of the year it’s warmer inside than outside and during the other half it’s the opposite. But the real world is never that predictable; there will be successive days—even hours—when the situation reverses. Meanwhile the furnace, air conditioner, water heater, and various fans are blowing and sucking in uncoordinated ways,

And then you throw people—and pets—into the equation. Just when the house reaches a tentative steady state between indoors and out, the teenager leaves open his bedroom window, the cat loiters in the pet-door, or the family cooks up a storm in the kitchen. 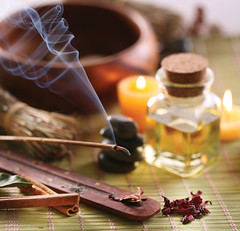 All of these perfectly normal occurrences can translate into surprising—sometimes baffling—physical processes that affect the comfort, safety, and health of the occupants. The outcomes of these constantly varying forces are often invisible or barely sensible and are sometimes only visible by their proxies: thermal discomfort, noise, condensation, mold, or a door slamming shut unexpectedly.

This long introduction is an explanation of why we are pleased to reprint a 1998 article on black soot by Frank Vigil (read the article here), along with a 2014 postscript. Black soot or “ghosting” are terms for those black stains that occasionally appear at transitions of the interior envelope, furniture, and many other, often baffling, places. They appear in old and new homes. The number of complaints about black soot suddenly mushroomed in the late 1990s. One theory is that it coincided with the construction of significantly tighter homes and the use of candles. But enough instances of black soot in homes where the occupants burned no candles suggested that other culprits also existed. In any event, the black soot caused consternation among homeowners. Solving the soot problem was also an example of a riddle (and a job) for the emerging profession of building performance experts rather than an annoying call-back for heating and AC contractors.

As Vigil notes in his postscript, the hullabaloo over ghosting and black soot seems to have abated. It has by no means disappeared or been fully solved, though. Vigil’s 1998 article on black soot remains one of the most often visited on Home Energy’s website. And most of us can still easily recall a home with ghosting stains in perplexing locations. In any event, black soot and ghosting are poster children for the home performance specialist.