A version of this article appears in the Winter 2016 issue of Home Energy Magazine.
SHARE
Click here to read more articles about Editorials

The United States and Canada have been fortunate to have access to natural gas for space heating, water heating, and other applications. Over the decades, gas supplies have been both reliable and affordable. We also believed that natural gas was clean and environmentally friendly, and was therefore reasonable as the fuel of choice. Sadly, this situation is changing; natural gas is becoming less attractive.

What has changed? First, research has shown that natural gas is not as environmentally friendly as we thought. Direct combustion of natural gas in homes generates CO2 (a lot of CO2), and there’s no way the United States can meet its climate goals without reducing its use. That’s almost old news (even if we haven’t yet begun to deal with it), but the latest research has found that leakage during extraction, transmission, and storage of natural gas is much greater than was once believed. New monitoring techniques suggest that 25% more methane is lost through leaks than estimates made only a few years ago. Methane—the primary constituent of natural gas—has a global warming potential about 25 times that of CO2, so this upward revision is significant on a national (and global) scale. Last year’s catastrophic blowout at the gas storage facility in Aliso Canyon, California, resulted in emissions equal to 20% of the state's total 2015 CO2 emissions (including those from cars and power plants)! That accident also created immediate local health problems, well ahead of future health problems caused by climate change. Deferred maintenance and aging infrastructure of the gas networks are likely to create more such accidents, ranging from the nearly invisible to the spectacular.

Another strike against natural gas is that it is easier to achieve healthy, efficient homes when no combustion takes place indoors. This makes the home easier to seal and balance. Once it is no longer necessary to remove combustion products, ventilation systems only need to cope with the relatively simpler tasks of dehumidification and providing fresh air. 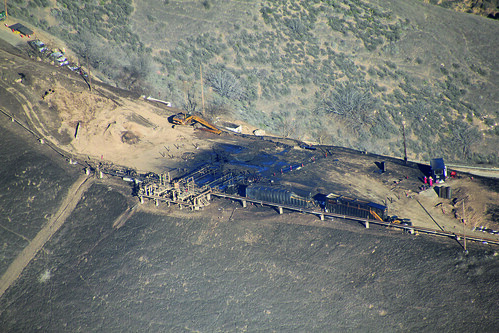 Natural gas is also becoming less of a winner on the consumption side, especially compared to electricity from renewable sources. The best electric alternatives to natural gas, while still more expensive, are becoming more efficient and technically appealing. Heat pumps, the principal method of supplying heat from electricity, continue to improve and supply heat at ever-colder outside temperatures. The latest generation of electric stoves—once disdained by chefs—now offer controllability and other features that make them competitive with gas units. The laggard has been the electric clothes dryer, heat pump versions of which are only now appearing on the market.

In global climate negotiations, natural gas is sometimes called a transition fuel—that is, a transition from coal to carbon-free alternatives. That may still be true, but the numbers are not as overwhelmingly favorable as we once thought. But even as we realize the downsides of natural gas, it is becoming cheaper and therefore more attractive economically. These contradictory signals are bound to confuse consumers. Policy makers, building scientists, utilities, and regulators will need to develop clear recommendations to the building community as natural gas ceases to become the obvious fuel of choice.