BY NICK FERGIS and JESSE FULTON

A version of this article appears in the Spring 2017 issue of Home Energy Magazine.
SHARE
Click here to read more articles about Trends

This is part 4 of a series that describes how PACE financing is revolutionizing the home performance contracting industry.

Homeowner Loreen Hasenin was looking for a way to get her A/C bills under control before the summer heat descended on her city of Murrieta, California. She hired Solaire Energy Systems to install solar panels using HERO financing. Her decision process mirrors that of many homeowners who find themselves facing a broken water heater or a failing HVAC system and need to replace or upgrade quickly. The beneficial terms of HERO’s PACE financing model allows homeowners to choose the higher-quality product or system that will reap long-term savings and make their home more comfortable, rather than having to go with the option that is cheapest up front, but less energy efficient. 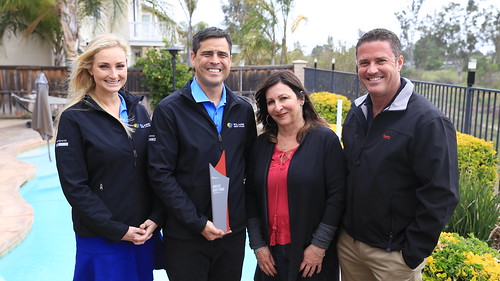 San Diego-based Solaire Energy Systems installs solar electricity; solar hot water; solar pool heating; high-efficiency HVAC, windows, and doors; weatherization; and cool roof and wall systems. Loreen was impressed with Solaire’s work and with its commitment to customer service. “They came early and stayed as long as it took,” says Loreen. “Solaire is a very honest company. They did everything they promised and more.”

Loreen was also quite pleased with her energy savings. Preinstall electricity costs were between $400 and $500 a month during the long Southern California summers. Now her costs are minimal—as low as $1.50 a month, even in the summer. “Since I went solar, I’m so happy to open up my electric bills—it’s exciting!” she says.

In recognition of Solaire’s exemplary work with Loreen, HERO granted gave the company its Above & Beyond contractor award in June 2016. “Above and beyond,” says Genevieve Johnson, director of sales with Solaire, “—that’s what we strive for constantly. To be recognized [with this award] means a lot to our company. To get recognized by our clients and from HERO—it’s a big deal to us.”

Nick Fergis is the chief operating officer and Jesse Fulton is the director of product management at Renovate America.

This article is part of a series that was printed in full in the Spring 2017 issue. You can view the full article, "PACE Alive and Well, Case Study: Maximizing Savings Through Solar" in the digital replica or in print.