Hot water is a huge energy consumer in the average household, some say tankless water heaters can help.

Hot water is second only to heating as the biggest energy consumer in the average household, and a German industry association claims that the use of tankless water heaters can produce some savings there.

“If the water is heated directly at the sink or bath, you do away not only with the storage of large amounts of water but also with long pipes,” said Jörg Gerdes of WÄRME+. “In the average one family house with water heating through the furnace,” he said. “This can mean the loss of 40 percent of the energy.” The tankless heaters also mean that the furnace can be completely shut down in the warmer months.

DOE also states that for "homes that use 41 gallons or less of hot water daily, demand water heaters can be 24%–34% more energy efficient than conventional storage tank water heaters." If you install tankless water heaters at each water outlet, you can get more significant energy savings.

These heaters are growing in use, and are appreciated because they only heat the desired amount of hot water, yet never run out in the middle of a shower. A recent National Association of Home Builders survey found that "more than 80% of Generation Y home buyers—people born in 1977 or later—said they prefer a highly energy efficient home that results in lower utility bills during the home’s lifetime over a lower-priced home without energy efficient features." Some energy efficient features of these requested homes mentioned were Energy Star-rated appliances, insulation, and tankless water heaters.

Homeowners also appreciate that they can be inconspicuously installed in cabinets or niches, and since there is no tank there is no danger of the legionaires bacteria that sometimes breed there. (See images below.) 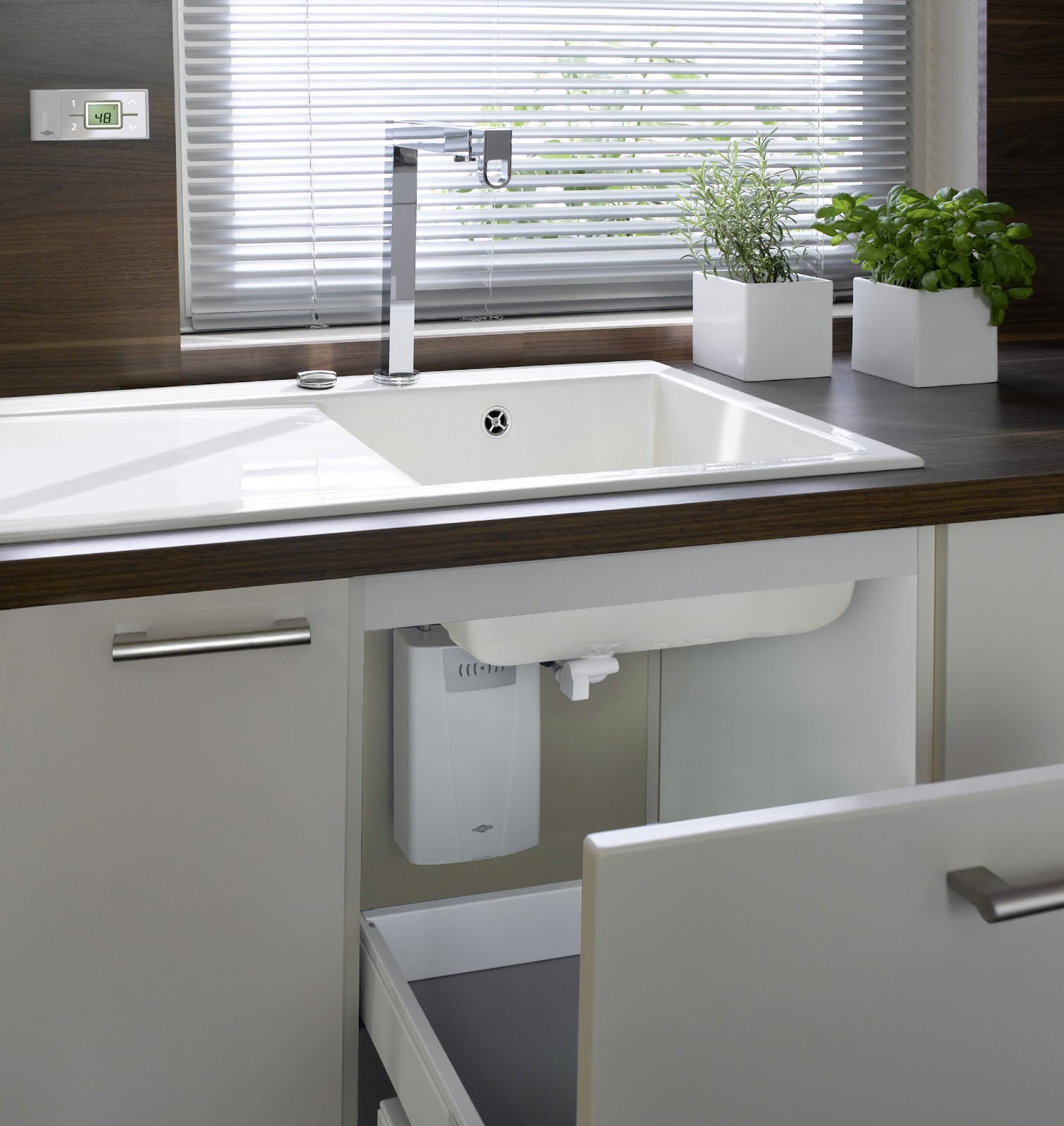 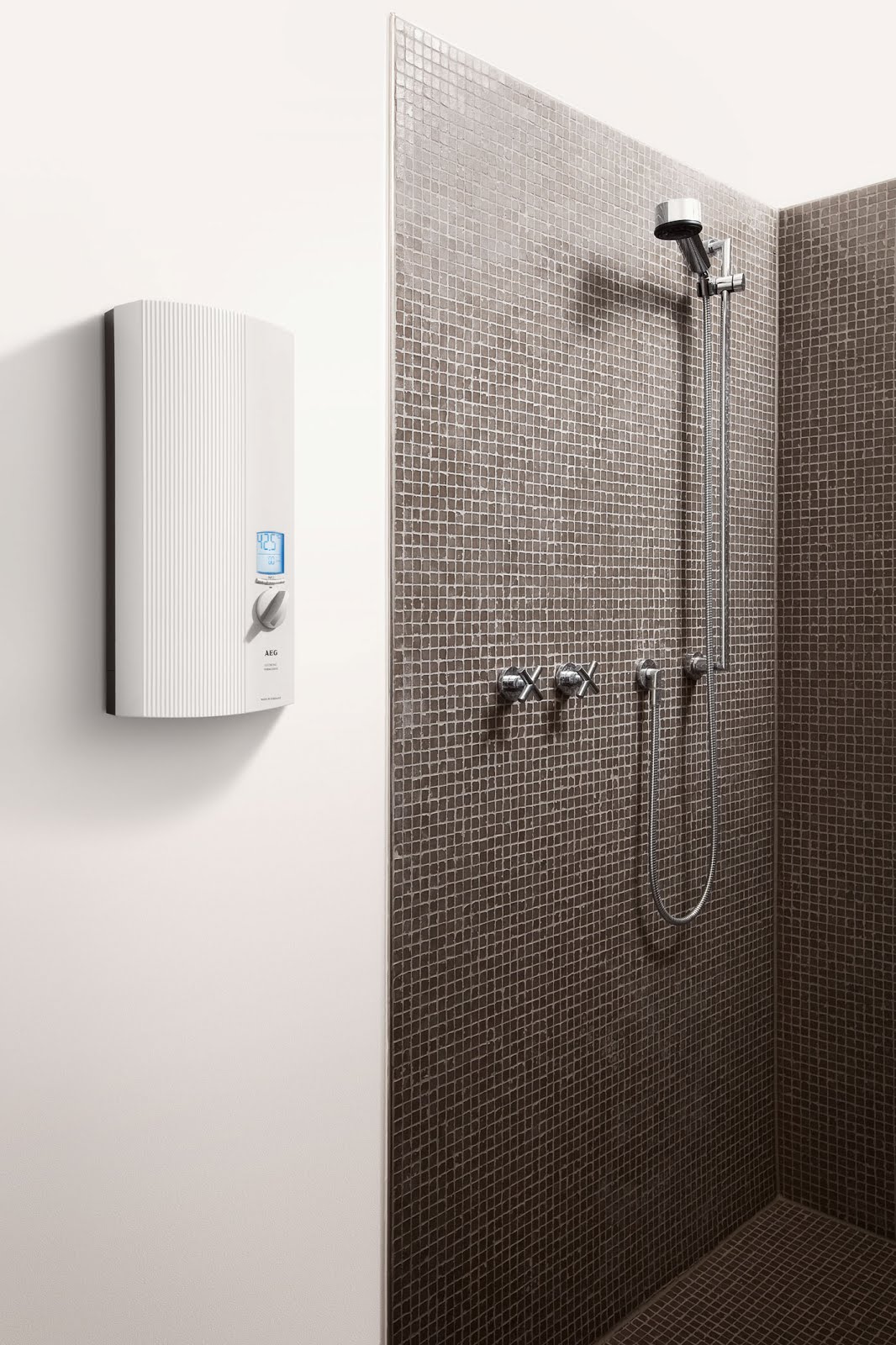 Ted Shoemaker, an American, first went to Germany as an Army officer, married a German woman and stayed on as a writer/editor. Now retired and based in Frankfurt, he keeps his hand in by acting as a correspondent for a number of American magazines.